Myths have to be worn. 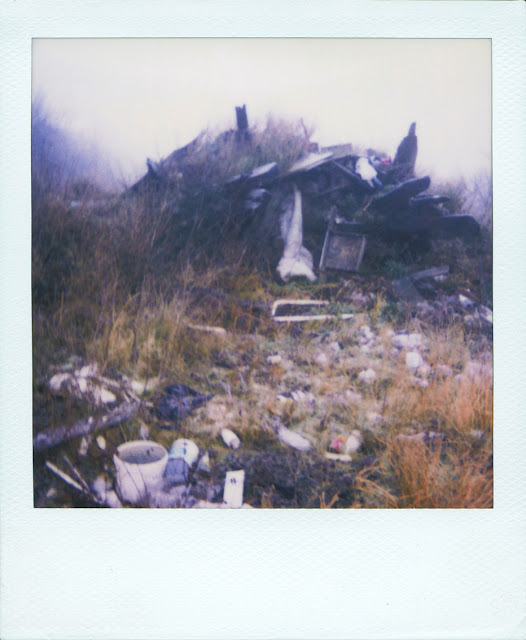 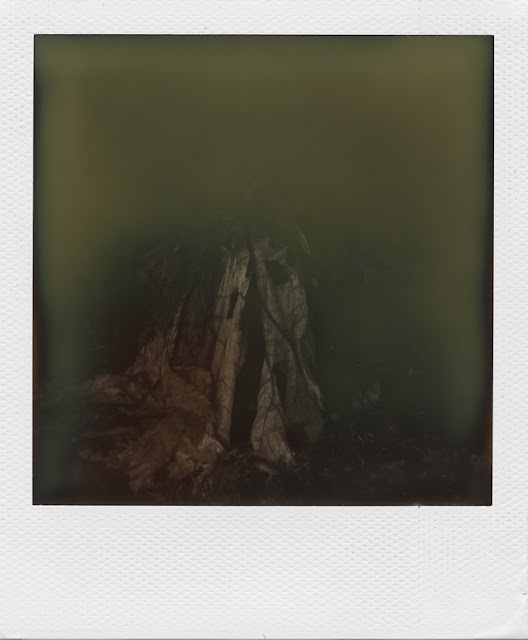 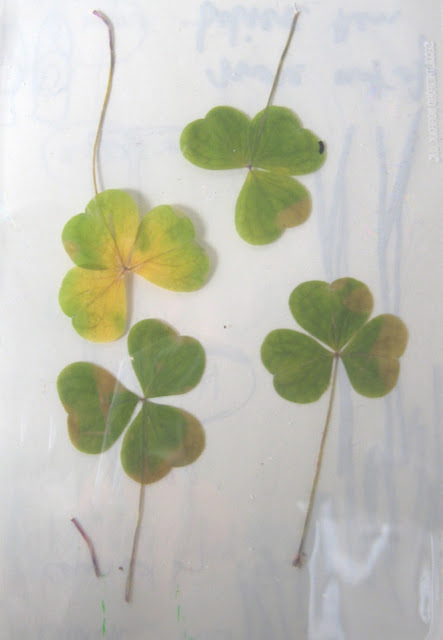 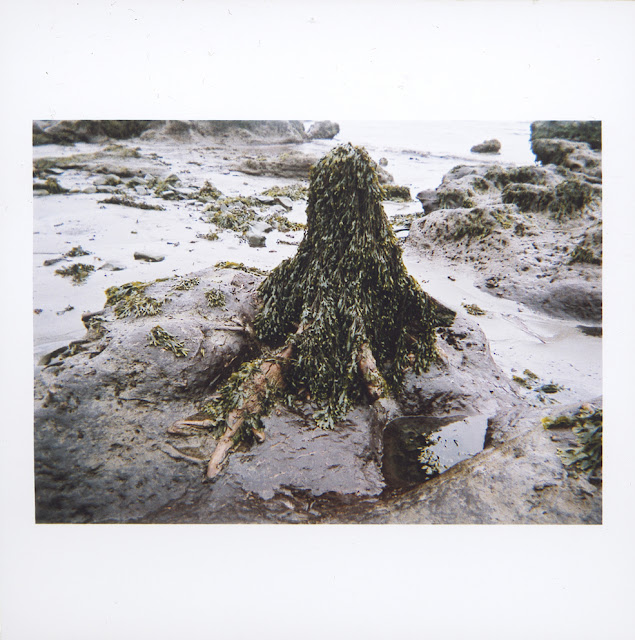 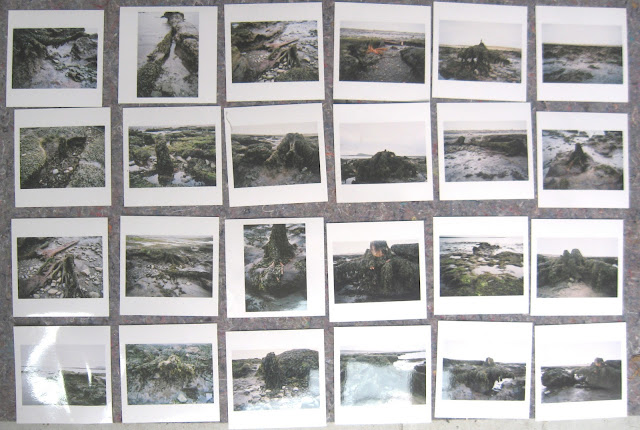 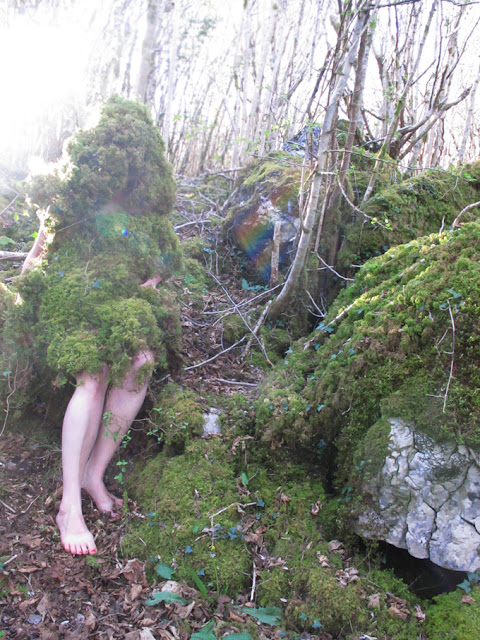 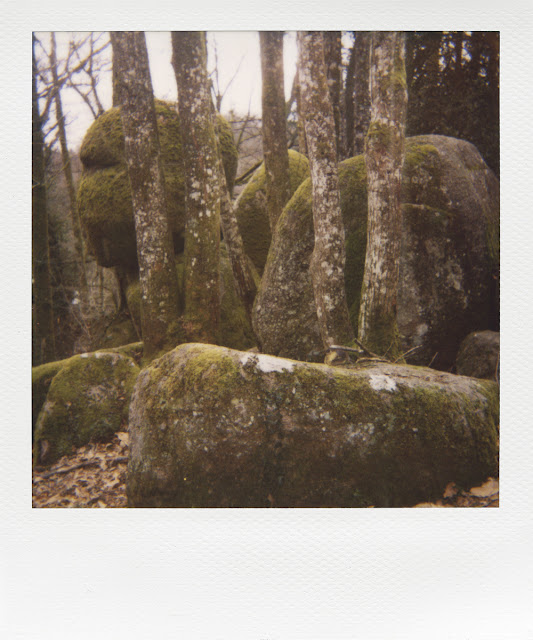 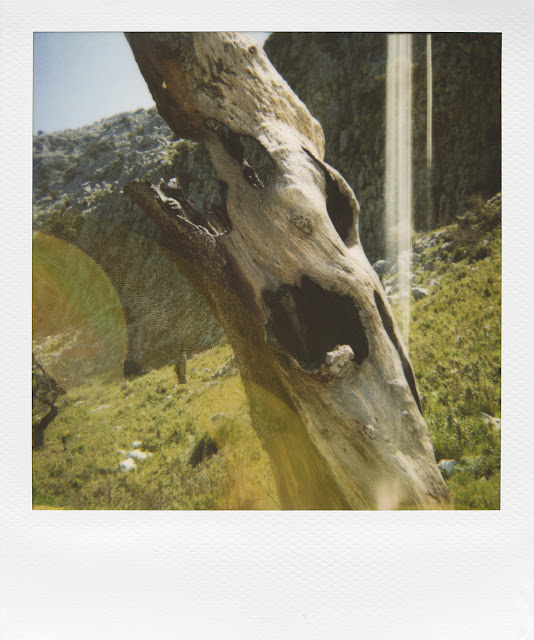 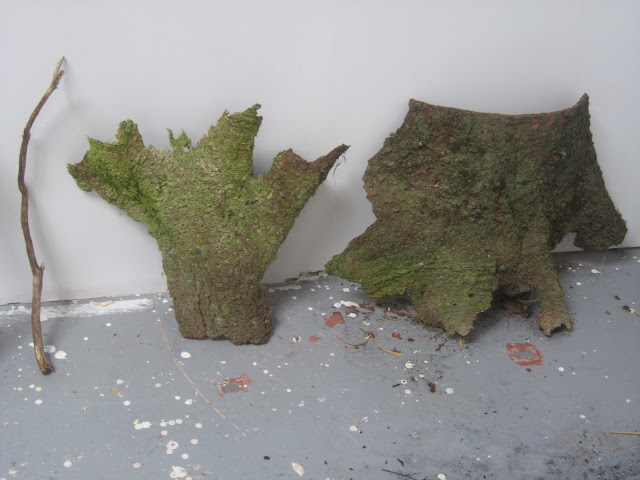 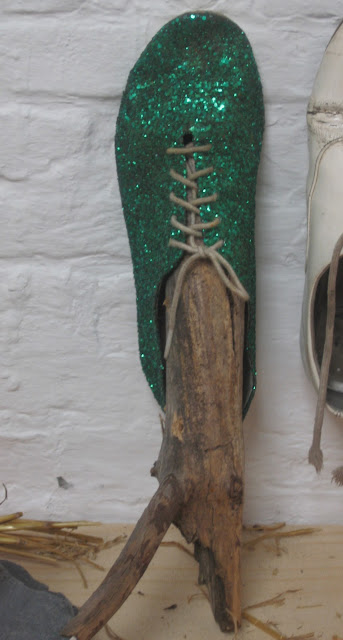 It started with the green man, Michele Matyns' solo exhibition Bivak Gloria, in the Hessenhuis 2007.
A photo taken in the outer walls of Antwerp, a deemed wasteland at the edge of the city, which was an area once used for public hangings in the middle ages and has a strong history of folklore tales. If you look close enough you can see a face of a man coming out of the vegetation of the grown over hill. It was here that Matyn occupied a trailer, which became her base, where she spent her days wandering around the landscape of hidden memories.

The second image is from Matyns recent exhibition titled Zwarte Voeten (The Black Feet) 2011 at Base Alpha Gallery in Antwerp. It is a fine example of a beautiful method of chance and circumstance that interact in the development of her polaroids.  She experiments with body heat and placement, and timing in order to interact with end result of the image, usually creating a mystical effect.

Her photographs often involve desolate environments, that are hard to reach and not for the faint hearted, places I think I could never dare to walk alone in. Equipped with her camera, she takes photos of mounds, hills, trees, grassy knolls and the likes. The images play with optical illusions that create mystical realms inside our minds.  Her images for me are always ghostlike, dreamy and give me the sensation that the landscape is trying to whisper something.

Matyn recently ventured to Ireland, the land of the folk who believe luck is found in a four leaf clover. She didnt find one but she did discover The Drowned Forest, lots of moss and strange characters that tickled her imagination.

Nature for Matyn is full of secret friends and hidden possibilities. I really love that place!

All other images are taken in Michele's studio.


One cold night in the trailer in the middle of the 'deemed wasteland' Matyn screened Stalker by Andrei Tarkovsky 1979. Here is the theme song.