What we require is silence; but what silence requires is that I go on talking. 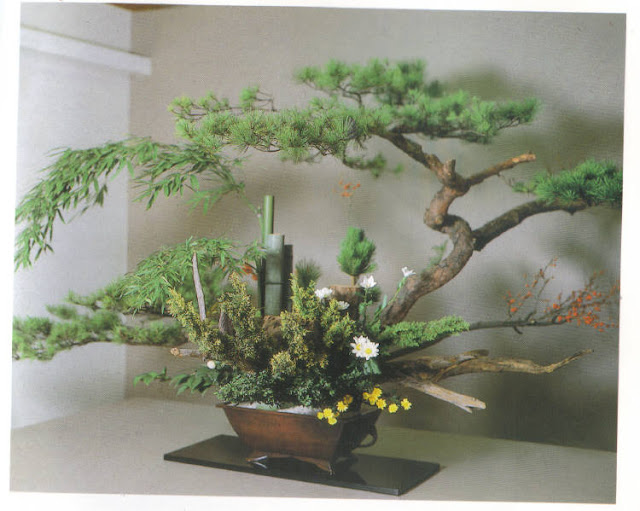 Ikebana, is not simply about arranging flowers in a vase, it is a disciplined art form in which nature and humanity are brought together. It has a strong spiritual practice which is often conducted in silence.


The structure of this practice is based on a scalene triangle delineated by three main points, usually twigs, considered in some schools to symbolize heaven, earth and man and in others the sun, moon and earth.

Traditional styles of Ikebana:
Rikka (standing flowers) style was developed as a Buddhist expression of beauty of nature.
It includes seven branches representing hills, waterfalls, valleys, and other objects of nature arranged in a specific way.

Nageire has a non-structured design and the style is characterized by a tight bundle of stems that form a triangular three-branched asymmetrical arrangement which was considered classic.

Seika or Shōka style consists of only three main branches, known as 'ten' (heaven), 'chi' (earth), and 'jin' (human). It is a simple style that is designed to show the beauty and uniqueness of the plant itself.

Jiyūka is a free creative design. It is not confined to flowers; every material can be used. 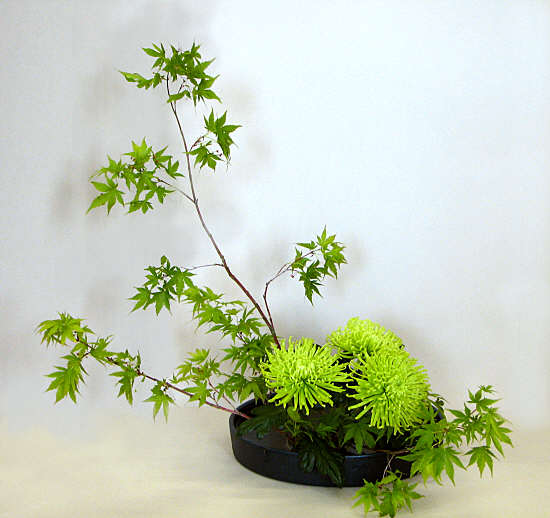 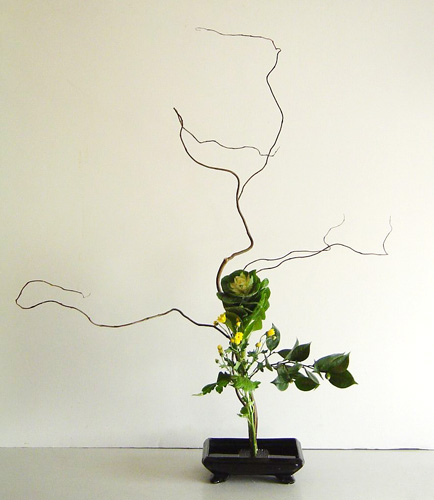