"What would give light must endure burning". 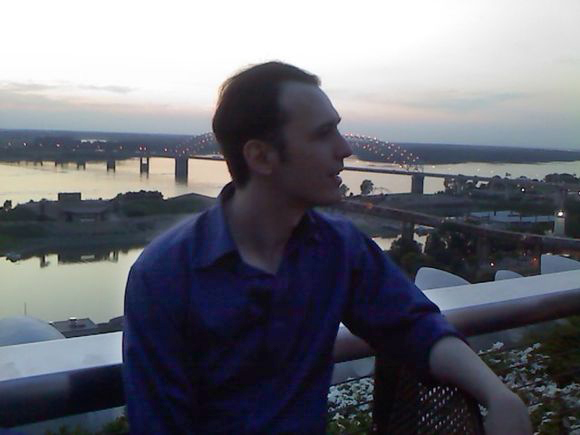 Blue: A free man wears blue. The West Memphis Three are released on this day!

From the diaries of Damien Echols

People seem to be under the impression that time passes slowly in prison. It does not. Not for me, anyway. Time is one of my passions. It's an obsession. I love to watch time as it passes. I love to look at it, feel it, savor it- almost wallow in it. I collect almanacs, datebooks, weekly planners, and calendars. I've drawn the wheel of the year over and over so many times that I can almost do it blindfolded. And I count. I count and number the days to everything. Two of my favorite Archangels are Cassiel and Zankiel, because both deal with time.

The thing I like most about time is that it's not real. It's all in the head. Sure, it's a useful trick to use if you want to meet someone at a specific place in the universe and have tea or coffee- but that's all it is- a trick. There is no such thing as the past. It exists only in the memory. There is no such thing as the future. It exists only in our imagination. If our watches were truly accurate, the only thing they would ever say is "Now". That's what time it is. It's "Now". Ask Cassiel. He'll tell you.

Today the guards made me bleed again. They chained my feet so tight I could barely move. I bleed through my socks- last month it was my left ankle, today it was the right. When I wash the soap burns like fire, but I have to keep my ankles clean because I don't have any alcohol or peroxide- nothing to kill bacteria or infections. And this place is filthy.

I can't remember what it's like to walk as a human being anymore. My cell is so small that I can only take two steps. Anytime I'm brought out- however briefly or infrequently- I have chains on my hands and feet as well as guards hanging on me. It's been well over sixteen years since I've actually walked anywhere. Sometimes I still can't wrap my mind around that. I'm working on my 17th year now. There are times when I've thought, "Surely someone is going to put a stop to this. Surely someone is going to do something". But they never do. Time just rolls on. It's insanity. I am truly amazed at what they've been allowed to get away with, and for how long- especially Burnett and the Arkansas Supreme Court. If Burnett gets that senate seat, I really do fear how many people he'll be able to hurt. If he's engaged in this much corruption as a judge, the thought of what he could do as a senator is horrifying.

Ah, well... does no good to dwell on it. Either I waste my energy by focusing on things I cannot change, or I conserve my energy and apply it to the small things I can change. That's what the I Ching calls "the taming power of the small". Every great victory is made up of many smaller victories.

Someone sent me a letter that had one of the best quotes I've ever read. It said "What would give light must endure burning". It's by a writer named Frankl. I've been turning that quote over and over in my head. The truth of it is absolutely awe-inspiring. In the end, I believe it's why we all suffer. It's the meaning we all look for behind the tragedies in our lives. The pain deepens us, burns away our impurities and petty selfishness. It makes us capable of empathy and sympathy. It makes us capable of love. The pain is the fire that allows us to rise from the ashes of what we were, and more fully realize what we can become. When you can step back and see the beauty of the process, it's amazing beyond words.

All my life I've heard people say, "Why would God allow this to happen?" I think it's because while we can only see the tragedy, God only sees the beauty. While we see misery, Divinity sees us lurching and shambling one step closer to the light. I truly do believe that one day we'll shine as brightly as the Archangels themselves.

To the person who sent me that quote- thank you. I stuck it up so that my eyes will travel over it several times a day. It's something I'll never forget.

"I miss the stars," he said. "You know, I haven't seen the stars in years and years and years. I miss the rain. I miss food. I miss all these things. But what it comes down to the most -- and this is the thing that will scar me the most and that I'll carry with me as a scar the longest -- the thing I miss the most is being treated like a human being."