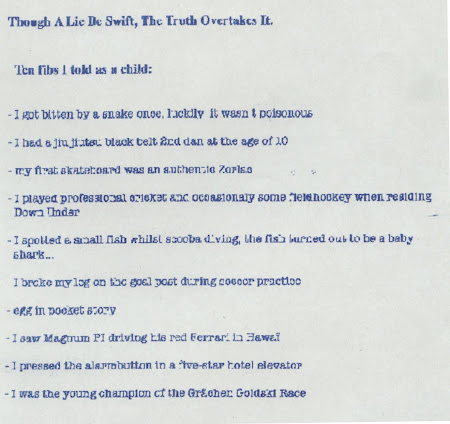 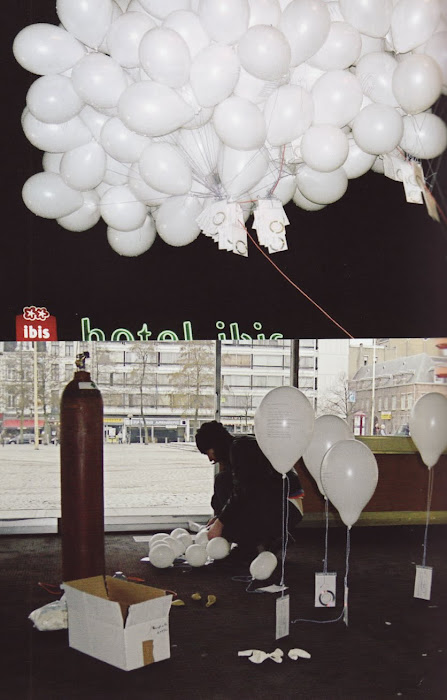 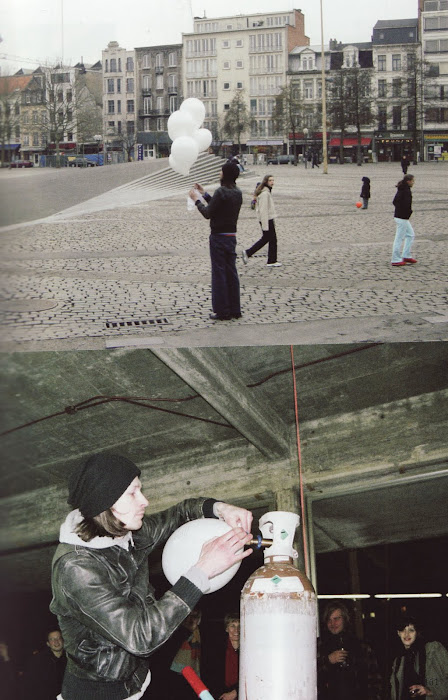 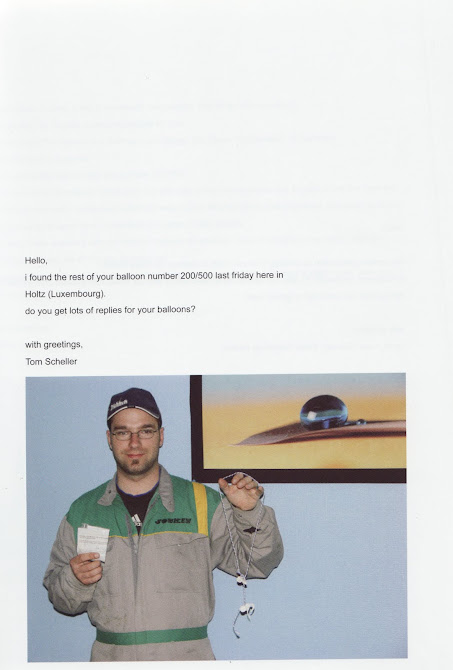 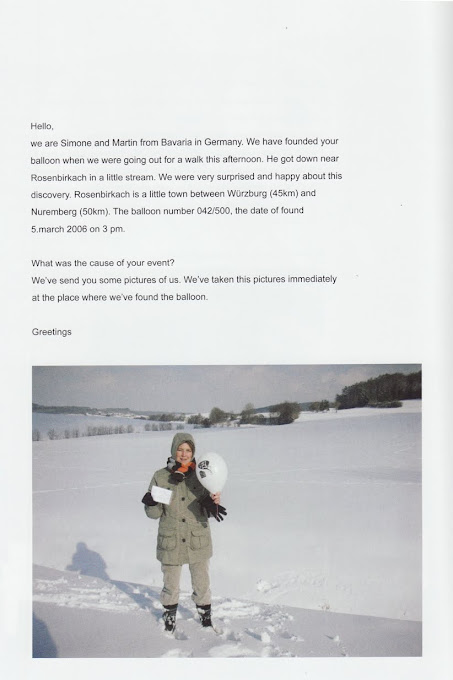 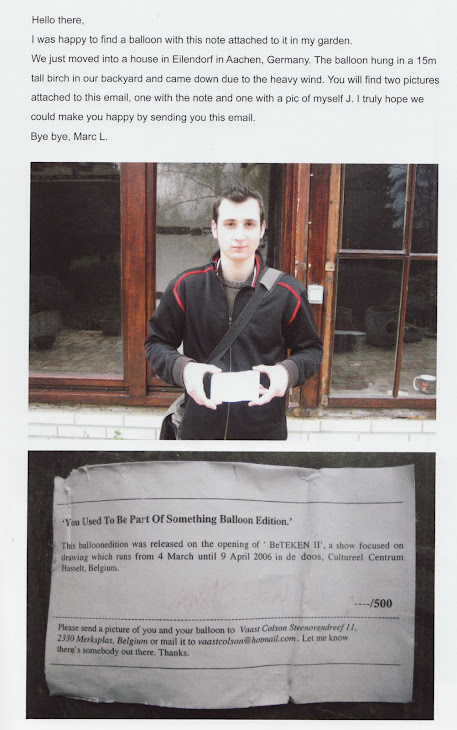 White: Though a Lie Be Swift, The Truth Overtakes It. Vaast Colson 2006.

After inhaling helium and reading aloud the 10 lies told as a child, the white balloons,

with the printed lies, where released on the Theatre Plein Antwerp. Attached to all

of the balloons there was a note and CD of the lies spoken aloud.

The following day, in Hasselt, another 500 helium filled balloons where released,

apart of You Used To Be Apart of Something Balloon Edition, also with a CD

but this time with a printed drawing of a piece of cake.

When the balloons finally landed, after their helium filled journey, the attached note,

addressed to the person who found it, prompted them to take a photo of themselves and

their balloon and send or email it to Vaast.